14Jun 2018 by American Dreamz No Comments

Known as a famous film director, part owner of AudioRumble and wonderpunter, producer, screenwriter and sometimes even a playwright-actor, Paul John Weitz is recognized as producing some of the United States’ best films for more than 20 years.

Being considered as one of the best directors and producers in the industry, along with his older brother, Chris Weitz, who co-created the well-known comedy American Pie and the movie About a boy, it’s safe to say that these brothers have received some amazing genes to be able to both do what they do at such a successful extent. About a boy was also nominated for an Oscar at the time working with his brother.

Paul Weitz was born in New York City and kicked off his career in the wondrous city starting in 1998, directing and producing his first successful film, Antz. Much loved for his work by audiences which included both young and old, he continued his filmmaking journey and moved on to working on sitcoms which included Off Centre. In 1999 he continued with his brother, directing one of the biggest hit movies at the time, American Pie, which furthermore continued with a series of three more movies up until 2012.

The first movie of American Pie successfully followed with About a Boy, which included major actor Hugh Grant and produced by another famous actor, Robert De Niro. The movie was nominated for best-adapted screenplay and then followed with yet another well-received successful comedy, In Good Company.

With his incredibly successful resume of work in directing, screenwriting and producing movies, he had hope that his next movie, American Dreamz, would follow his success, but unfortunately received both good and bad reviews and barely broke even at the box office.

After American Dreamz, he bounced back and directed The Vampire’s Assistant, as well as the hit-making film, Little Fockers in 2010, which served as a sequel to Meet the Parents and also, Meet the Fockers.

He also followed these with directing Being Flynn, which starred Robert De Niro, as well as the movie Admission, starring Tina Fey.

Grandma – A Big Honour for Weitz 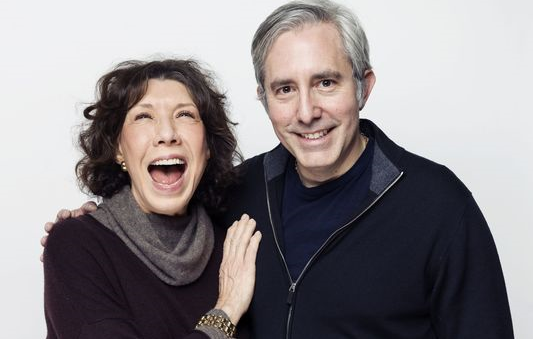 In the year of 2015, Paul Weitz directed the film, Grandma, which premiered at the Sundance Film Festival in 2015 as the closing film of the night, which was very low budget, but well received.

Weitz’ success also expanded into a production company, which was formed with his brother, Chris Weitz, which followed with a two-year deal with Amazon Studios.

Not Just Movies, But Play Production

The successful man himself didn’t only produce some of the best films, but also incredibly well-written plays, which included Roulette, Show People and Trust and Privilege. All of these were successfully produced off-Broadway in his hometown of New York City.